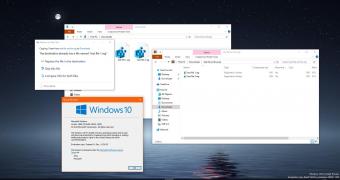 A bug in Windows 10 version 1809 (October 2018 Update) removes the file overwrite warning for archives, leading to what many have called a potential loss of data.

And while the warning doesn’t show up when extracting a file from an archive to a location where another file with the same name already exists on Windows 10 version 1809, it looks like the bug no longer exists in preview builds of the next Windows 10 update.

Codenamed Windows 10 19H1, which is an indication regarding its launch date, this major OS feature update does display a warning when overwriting files, as you can see in the attached screenshot.