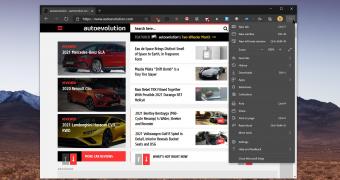 Microsoft has published another Microsoft Edge Dev build, and this is quite a notable release as this particular testing channel has reached version 92.

Needless to say, Microsoft Edge Dev 92 doesn’t come with major improvements at this point, as the update only enables support for some new management policies in the browser and includes a bunch of other fixes here and there to improve the reliability of the app.

But on the other hand, Microsoft is also announcing a series of improvements for the Windows Task Manager, therefore making Edge processes easier to understand as far as the resource usage is concerned.

“Each line under … (read more)
Remember to like our facebook and our twitter @WindowsMode for a chance to win a free Surface Pro tablet every month!