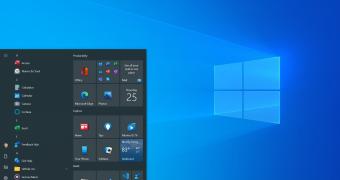 Microsoft has just released a new build for users enrolled in the Windows Insider program in the Dev channel, and the biggest change is the broad availability for testers of the new Start menu design.

Windows 10 build 20180 doesn’t come with any new features, but Microsoft says that the theme-aware tiles in the Start menu are now live for everyone.

Previously, the company only shipped this redesigned Start menu to part of the insiders, as the company just wanted to run some tests to determine the reliability of the update.

“We are turning on much of the new features mentioned on July 1st in Build 20161 including theme-aware tiles on Start. The new pinned sites capability mentioned with last week’s flight of Build 20175 is still only available to a subset of Insiders,” Microsoft explains.

Under the hood improvements

There are also several changes that users should be aware of when installing this new build.

First and foremost, the new folder ico… (read more)
Remember to like our facebook and our twitter @WindowsMode for a chance to win a free Surface Pro tablet every month!