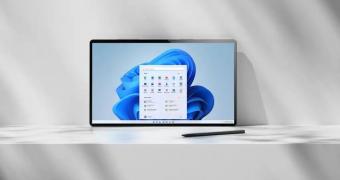 Microsoft has released new security updates to resolve no more, no less than 62 vulnerabilities in its software.

But while the number might seem surprising, the number of vulnerabilities being resolved on a Patch Tuesday is actually really low, as it’s a decrease of no more, no less than 50 percent from August.

Furthermore, as Mike Walters, cybersecurity executive and co-founder of Action1, told us, this is the smallest number of vulnerabilities being resolved as part of the monthly Patch Tuesday cycle this year.

One of the vulnerabilities that users and IT admins must keep an eye on is detailed in CVE-2022-37969. And the first thing you should know is that this security flaw is already being exploited in the wild, which means everybody should rush to deploy the updates to prevent any successful exploitation of the bug.

“The actively exploited vulnerability, CVE-2022-37969 or Windows Common Log File System … (read more)
Remember to like our facebook and our twitter @WindowsMode for a chance to win a free Surface Pro tablet every month!