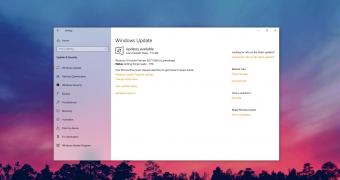 Microsoft has released a new Windows 10 build to users in the Fast ring as it advances the work towards the next major OS feature update codenamed 19H1.

Windows 10 build 18277 comes with Focus Assist improvement, as the OS now turns on automatically whenever you’re running anything in full screen.

Focus Assist is a feature that silents notifications when playing games or watching movies, and Windows 10 has been trained to automatically determine when it needs to kick in.

Additionally, the Action Center now comes with further refinements, including a brightness slider, which has been one of the most requested Windows 10 features for several versions now.

Emoji 12 is also coming to Windows 10, and Microsoft says it’s currently working on implementing a refined back for 19H1 users.

“The complete list of emoji for the Emoji 12 release is still in Beta, so Insiders may notice a few changes over the coming flights as the emoj… (read more)