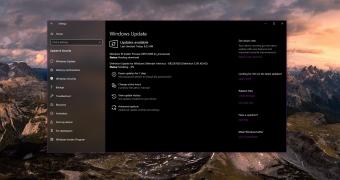 Microsoft has released a new Windows 10 preview build for users in the Skip Ahead and Fast rings of the Windows Insider program.

Previously, Microsoft only shipped Windows 10 20H1 preview builds to users enrolled in the Skip Ahead ring.

Windows 10 build 18875 makes the new Japanese Input Method Editor (IME) available for all insiders in the Fast ring after the company previously announced it during the development of 19H1.

“We got a lot of great feedback, and the IME was taken offline for a time while we worked on improving the experience based on what you’d told us. Today the IME – now more secure, more stable, with improved game compatibility, and more – is once again available for all Insiders starting with this build,” Dona Sarkar, chief of the Windows Insider program, says.