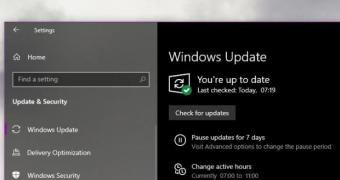 Microsoft has released a new cumulative update for Windows insiders enrolled in the Slow ring.

Cumulative update KB4531955 doesn’t bring any major change, as its purpose is to help test servicing ahead of the Windows 10 20H1 feature update rollout to production devices.

The update should thus install rather fast, as it is only supposed to help Microsoft determine the reliability of the update servicing system in the Slow ring.

Installing this cumulative update increases the OS build to 19025.1052 – to check the version number of your Windows 10 installation, click the Start menu and type winver.

“We have released Build 19025.1052 which is a Cumulative Update with no major changes. We are trying out our servicing pipeline on 20H1 builds,” Microsoft announced in an update to a blog post. “A quick update to the latest Slo… (read more)