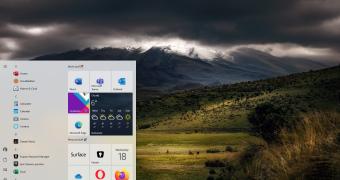 Microsoft has just released a new Windows 10 preview build for users in the Dev channel, and this time the update does not include any new features, with the focus set on fixing bugs and improving performance.

Windows 10 build 20262 resolves an issue hitting Wi-Fi and cellular connections on some devices, with Microsoft explaining the following:

“We fixed a recent issue where when both Wi-Fi and cellular were connected, if Wi-Fi disconnected the network flyout would say cellular was still connected, but apps wouldn’t actually be able to use the internet.”

In addition, the software giant says it addressed a problem causing some apps to launch with transparency set to a maximum level, thus making the content barely visible. There are also bug fixes for problems affecting the touchpad and the pen support, as well as for a problem causing the Settings app to crash when opening the Storage Sense page.

You can check out all the changes and improvements in the box after… (read more)
Remember to like our facebook and our twitter @WindowsMode for a chance to win a free Surface Pro tablet every month!