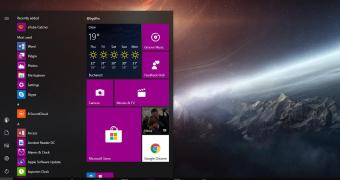 Microsoft has released a new Windows 10 build for Fast ring insiders as the company nears the stabilization phase of the Redstone 5 update.

Windows 10 build 17733 comes with a final version of the dark theme for File Explorer, as Microsoft has finalized the new visual style that would become available to everyone with the release of Redstone 5.

Other than that, there are only general fixes and improvements, and this makes perfect sense given that Microsoft is now focused specifically on squashing bugs and less on new features.

One of the important changes in this build concerns XAML shadows, which according to Dona Sarkar, head of the Windows Insider program, have been pulled temporarily.

“Thanks everyone for your feedback about the XAML shadows we added recently. We’re taking them offline for the moment while we work on addressing some of the things you shared with us. You will also notice that the acrylic has been removed from some popup controls. They will be … (read more)