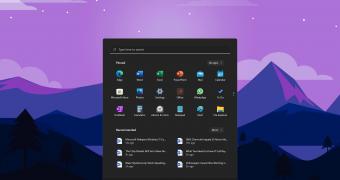 Microsoft has just released a new Windows 11 cumulative update as part of the first Patch Tuesday cycle of the year.

Windows 11 cumulative update KB5009566 is therefore all about security improvements, though at the same time, it also includes additional fixes for computers that have already received the new operating system.

Keep in mind that Windows 11 is still rolling out to devices out there, so not all eligible computers have reached it so far. Microsoft uses this release in stages model in an attempt to reduce the likelihood of major bugs hitting a significant number of devices.

What’s new in this cumulative update

The first thing you need to know about this new cumulative update is that it increases the OS build number to version 22000.434. You can find out the version of your OS by typing winver in the Start menu.

Microsoft explains in the official changelog of Windows 11 cumulative update that it helps resolve security issues i… (read more)
Remember to like our facebook and our twitter @WindowsMode for a chance to win a free Surface Pro tablet every month!