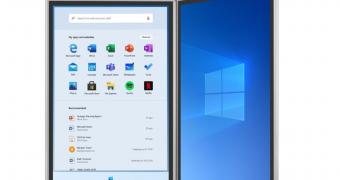 Microsoft is finally giving a major overhaul to Windows Update, making it install feature updates in a matter of seconds (or at least, that’s what the company claims anyway).

The big announcement was made at Microsoft’s 365 Developer Day, and for the time being, it only concerns Windows 10X, the software giant’s new dual-screen and foldable operating system.

Surface Neo is one of the devices running Windows 10X, and Microsoft says that models created by partners and other companies will also be powered by this operating system if they adopt a dual-screen or foldable form factor.

How Windows 10X will handle updates is a lot different from the current implementation in full Windows 10.

Thanks to the way it’s built, Windows 10X will technically be separated from the rest of the OS components, including here drivers and apps. Furthermore, Win32 programs will run in containers, which means they shouldn’t be able to make any changes to s… (read more)
Remember to like our facebook and our twitter @WindowsMode for a chance to win a free Surface Pro tablet every month!