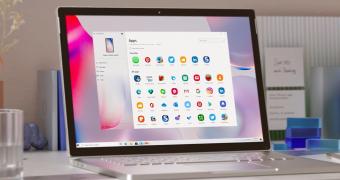 Microsoft is putting a lot of effort into making Windows 10 play nice with Android devices, especially now that the company has its very own smartphone running Google’s operating system.

The death of Windows 10 Mobile has convinced Microsoft it’s time to look elsewhere for adding a mobile side to Windows, and Android appears to be a natural choice going forward.

The app that’s powering the whole thing is called Your Phone, and in a video published recently, Microsoft highlights not only this app but also its awesome design skills. The captivating video is created by Microsoft Design and shows how the app brings an Android device in sync with Windows 10 for a new-generation experience right on the desktop.

The Your Phone app for Windows 10

Microsoft has improved the Your Phone app for Windows 10 with plenty of new features lately, including even support for running Android apps on the desktop.

This is only possible with the Samsung Galaxy Note20 … (read more)
Remember to like our facebook and our twitter @WindowsMode for a chance to win a free Surface Pro tablet every month!