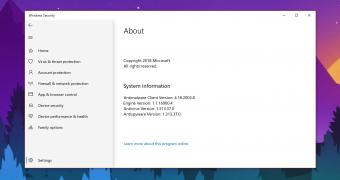 According to a report from BornCity, the bug was addressed by an update published on March 24. I can confirm that after installing the latest updates for Windows Defender, quick and full scans work as expected, with no issues experienced whatsoever.

The update that you need to install to resolve the problem is KB4052623, which is described as an Update for Windows Defender Antimalware Platform. It’s aimed at Windows 10, Windows Server 2016, and Windows Server 2019.

Oddly enough, the official KB page (lin… (read more)
Remember to like our facebook and our twitter @WindowsMode for a chance to win a free Surface Pro tablet every month!