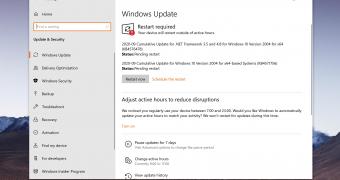 The rollout of Windows 10 version 2004, or May 2020 Update, continues, as Microsoft sticks with its original approach of making the new feature update available for devices across the world in stages.

One of the reasons not everybody gets the new update on day one is because the company has put upgrade blocks in place for certain configurations, which means that a new release doesn’t show up on Windows 10 on the impacted devices.

Microsoft provides information regarding the upgrade blocks on the update dashboard on the web, but according to a recent report from Microsoft watcher Mary Jo Foley, the company is working on making it easier to tell when a device isn’t offered a new update due to known issues.

While all specifics aren’t available right now, it looks like Microsoft wants to make it easier for IT admins to determine than … (read more)
Remember to like our facebook and our twitter @WindowsMode for a chance to win a free Surface Pro tablet every month!