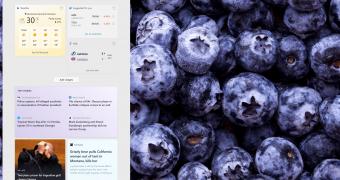 Microsoft announced Windows 11 on June 24 and the first preview build is already available for Windows Insiders, so the company is now ready to kick off the very first bug bash for the upcoming operating system.

The Redmond-based software giant started the bug hunting program earlier this week, explaining that users can find bugs, send feedback, and complete quests by July 14 to earn an achievement badge.

While many people expected a new Windows 11 preview build to go live this week, Microsoft so far hasn’t shipped it, and now users are wondering whether such a release is supposed to land by the time the bug bash comes to an end.

This wouldn’t be the first time when Microsoft releases a new Windows preview build during a bug bash, but for now, the company has remained tight-lipped on its release schedule for Windows 11 builds.

Windows 11 coming in the fall

Microsoft has plenty of big things to bring to Windows insiders, including support for And… (read more)
Remember to like our facebook and our twitter @WindowsMode for a chance to win a free Surface Pro tablet every month!