Microsoft Surface Duo 2 Could Launch in September or October 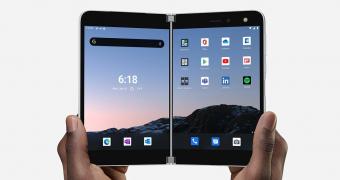 Microsoft took the world by surprise when it announced an Android device, but now that the company already confirmed it’s fully committed to hardware running Google’s operating system, it makes sense to expect a new model to launch as soon as this year.

And according to a recent report, the highly-anticipated Microsoft Surface Duo 2 is indeed coming this year, with the Redmond-based software giant planning to take the wraps off this new-generation model in September or October.

While Microsoft launching the Surface Duo 2 in September could be an attempt to steal Apple’s thunder since this is the month when the Cupertino-based firm unveils new iPhones, there’s a bigger chance to see the new Android device going live in October.

But right now, Microsoft has remained completely tight-lipped on everything, especially as plans could change overnight if something goes wrong.