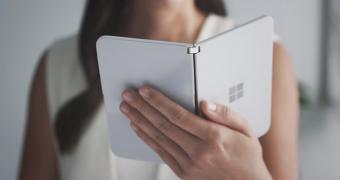 Microsoft’s Surface Duo could launch in approximately one month, according to new information, and this date aligns with the company’s original plan of shipping the device during the summer.

Microsoft originally announced the Surface Duo in late 2019, promising that it would become available for customers in the holiday season of this year.

But the development of the Surface Duo progressed faster than anticipated, so earlier this year it was revealed that the device could actually launch in the summer. Not a long time ago, the rumor mill was updated with fresh information that suggested Microsoft wanted to take the wraps off the Surface Duo sometimes before Samsung unveils the new Galaxy Fold 2.

The South Korean company has already announced an Unpacked event for August 5, and it’s believed this would be the moment when the new foldable phone is announced.

Going on sale in late August

On the other hand, people familiar with the matter suggested … (read more)
Remember to like our facebook and our twitter @WindowsMode for a chance to win a free Surface Pro tablet every month!