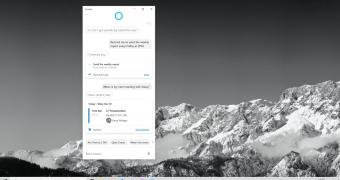 Microsoft will remove several consumer features from Cortana, while also pulling the digital assistant from Microsoft Launcher on Android as part of a new approach that makes this service more appropriate for business use.

The Redmond-based software giant said in an announcement that consumer features like controlling the music, the connected home, and third-party skills would no longer be available in Cortana beginning with the major update the company plans to release this spring.

The Windows 10 feature update due in April or May is called version 2004 and has already been finalized last December. It’s expected to be signed off this month.

Microsoft says that this new approach also has Cortana waving goodbye to Microsoft Launcher on Android, a… (read more)
Remember to like our facebook and our twitter @WindowsMode for a chance to win a free Surface Pro tablet every month!