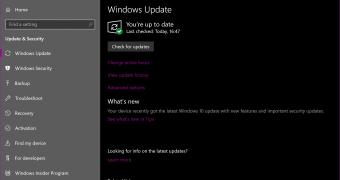 Microsoft has pulled Windows 10 October 2018 Update due to major bugs experienced by users, including one that’s leading to the removal of certain user files.

Users are no longer allowed to download the October 2018 Update from Windows Update, and Microsoft says that the rollout stays on hold until the investigation comes to an end.

“We have paused the rollout of the Windows 10 October 2018 Update (version 1809) for all users as we investigate isolated reports of users missing some files after updating,” the software giant says.

A workaround for the file deletion issue hasn’t been provided, but Microsoft recommends users to not install the October 2018 Update if it has already been downloaded.

“If you have manually downloaded the Windows 10 … (read more)