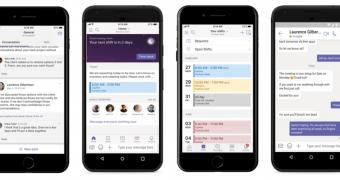 Microsoft Teams is one of the products whose adoption skyrocketed in the last few months, so Microsoft is now working around the clock to improve the experience with the service on all platforms as much as possible.

Today it’s the turn of iOS to get a new update, and Microsoft Teams version 2.0.11 comes with a series of welcome improvements for iPhone users.

First and foremost, it’s a raised hand gesture that now works on the iPhone during video calls. More specifically, Microsoft Teams now allows iOS users to raise a virtual hand and thus let the others that they want to speak. This is something that comes in very handy in large group video calls, and as we know already, these are becoming more common nowadays due to obvious reasons.

Then, the new version of Microsoft Teams allows users to add files and folders to channels. Such a capability already existed in the official client for other platforms, but beg… (read more)
Remember to like our facebook and our twitter @WindowsMode for a chance to win a free Surface Pro tablet every month!