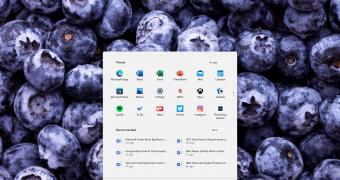 Microsoft has already announced Windows 11 a few weeks ago, and users can try it out today thanks to the Windows Insider program.

And while some new features are part of this first Windows 11 preview build, including the revamped Start menu, the center icons, the widgets, and so much more, others are yet to come, such as the support for Android apps and the Microsoft Teams taskbar integration.

Users are obviously very eager to try these out as soon as they are ready for testing, but in the meantime, it looks like there’s so much more to come on the Windows 11 front.

This is according to Microsoft itself, as the Windows Developer account suggested some big Windows 11 news are still in the pipeline.

“Just wanted to let you know that there’s much more to come,” the Windows Dev account tweeted.

Windows 11 due to launch in the fall

Microsoft hasn’t provided too much information … (read more)
Remember to like our facebook and our twitter @WindowsMode for a chance to win a free Surface Pro tablet every month!