Microsoft to Bring Back a Popular Taskbar Feature in Windows 11 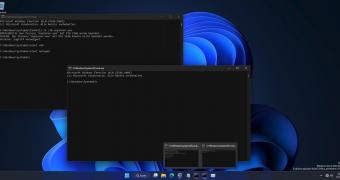 Microsoft is continuously working on refining the experience with Windows 11, and the most recent idea is to actually bring back a feature that was available in Windows 10.

As discovered by Albacore on Twitter, Microsoft wants to bring back a “never combine” setting for the taskbar, which would essentially make it possible for users to keep all their taskbar items displayed separately.

“Windows 11 is going to get a “Never Combine” taskbar item setting after all. It no longer features window titles like in Windows 10 & older releases, but retains the icon per window mechanic which some might still find useful. New in build 25246, hidden behind feature 29785186,” Albacore explained in a recent tweet.

The work on the taskbar in Windows 11

Since the debut of Windows 11, Microsoft has been continuously working on refining the experience with the taskbar. And the company has a… (read more)