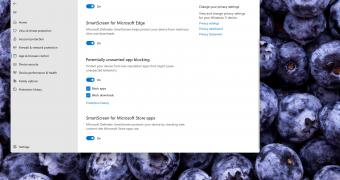 The Potentially Unwanted App blocking feature that Microsoft has officially added in Windows 10 May 2020 Update will now be enabled by default on all Windows 10 devices, the Redmond-based software giant has announced.

In other words, any device running at least the May 2020 Update (version 21H1 is also included) will automatically block Potentially Unwanted Apps without any user input. Previously, users had to manually activate this feature on their devices.

The company explains that the change would come into effect in early August, so in theory, we’re only a few days away from the moment the switch would be turned to the on position.

“In the Windows 10 May 2020 Update we added Potentially Unwanted App blocking for everyone running Windows 10, but customers who wanted to use it still had to turn it on,” Microsoft explains.

“Starting in early August 2021 we’ll begin turning it on by default to make it easier for you to keep your systems performing at their best. … (read more)
Remember to like our facebook and our twitter @WindowsMode for a chance to win a free Surface Pro tablet every month!