Microsoft vs. Google, Round Two: Alphabet Also Interested in TikTok 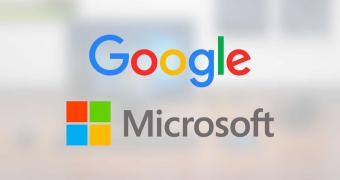 TikTok has caught the attention of quite a lot of tech giants, and after Microsoft, Twitter, and Oracle, it now looks like Google’s parent company was also interested in taking over the Chinese service.

According to a report from Bloomberg, however, Alphabet didn’t plan to buy TikTok all by itself but as part of a consortium, with Google’s parent company to only receive a minority, non-voting stake in the social network.

At this point, however, it’s believed that the plan to purchase TikTok has already been abandoned, albeit the same report indicates that Alphabet didn’t say no when asked whether it considers a future bid in the company or not.

In the meantime, TikTok is believed to be in advanced talks with Microsoft, as the software giant originally announced a September 15 deadline for reaching an… (read more)
Remember to like our facebook and our twitter @WindowsMode for a chance to win a free Surface Pro tablet every month!