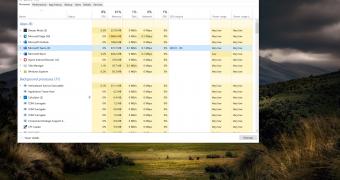 Microsoft Teams has recorded massive growth last year due to obvious reasons, and now the Redmond-based software giant is working around the clock on improving the overall experience for everybody.

As the world transitioned from the classic office to an ad-hoc working environment in the safety of their own homes, it’s pretty clear Microsoft needs to optimize Microsoft Teams for all kinds of hardware configurations, not just for monster PCs typically in use in the workplace.

It’s not a secret that Microsoft Teams isn’t necessarily light on resources, and this is something that the Redmond-based software giant is well aware of.

And this is why the company has recently confirmed it’s working on optimizing Microsoft Teams’ resource usage, as it wants the app to require less RAM on computers out there.

No ETA as to when the optimizations could lau… (read more)
Remember to like our facebook and our twitter @WindowsMode for a chance to win a free Surface Pro tablet every month!