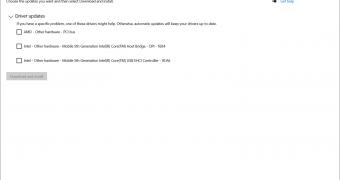 Microsoft is working on streamlining the shipping of driver updates on Windows 10, and beginning with the upcoming version 2004 feature update, it will allow hardware partners to push automatic driver updates to devices.

Windows 10 version 2004, which is believed to have already been finalized, should start shipping in the spring; according to Microsoft’s typical release calendar, this is projected to happen in April or May.

The new Optional updates screen in Windows 10 will now display the drivers you need to install – this new screen will only be available on devices running version 2004 and newer.