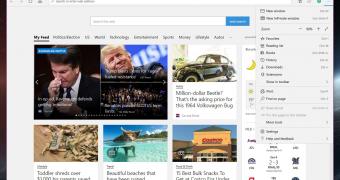 Edge is the default browser in Windows 10, and it replaces Internet Explorer, with Microsoft claiming that the October 2018 Update “brings with it the best version of Microsoft Edge yet.”

First and foremost, it’s worth noting that this new OS feature update updates the web platform to EdgeHTML 18, which sports refinements not only for users but also for developers.

One of the most notable changes in Microsoft Edge in Windows 10 October 2018 Update is the addition of controls for media that plays automatically. Users can now configure sites that can autoplay media from Settings > Advanced > Media Autoplay, with three different options called allow, limit, and block.

And speaking of settings, Microsoft Edge also comes with a redesigned menu in… (read more)