Microsoft’s New Android Feature Should Launch on Windows 10 Too 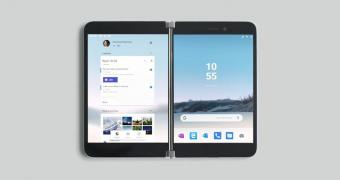 Microsoft’s first Android device, the so-called Surface Duo, is believed to be just around the corner, and the closer we get to the launch, the more information emerges on its features.

One of the latest discoveries is a feature called app groups, which according to WL should allow users to pair two different apps and launch them at the same time.

In other words, it lets users create sets of apps that can launch together at the same time. For example, if you always launch OneNote and Outlook together, you can create an app group, and then when clicked, both apps are automatically started.

Despite being called app groups, which suggests that multiple apps can be controlled this way, it looks like the whole thing would be limited to just two apps. It doesn’t make any sense at this point, but on the other hand, Microsoft might be looking into expandin… (read more)
Remember to like our facebook and our twitter @WindowsMode for a chance to win a free Surface Pro tablet every month!