Microsoft’s New Browser Will Work on Windows 7 Despite EOL 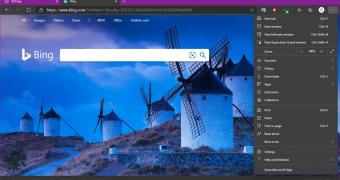 Microsoft will discontinue Windows 7 today, which means that beginning tomorrow, the 2009 operating system would no longer receive any other security patches.

But while the software giant gives up on Windows 7, it doesn’t also leave behind all of its apps running on this OS version. The Chromium-based Microsoft Edge browser, for example, will continue to run on Windows 7 for at least 18 more months, according to Microsoft itself.

The new browser will actually become available on Windows 7 tomorrow, one day after the operating system itself is retired. But Microsoft says there’s no need to worry because Edge would still work on Windows 7 (and receive updates just like on any other platform) until July 2021.

This timeframe isn’t necessarily surprising, as Google itself announced that Chrome would continue to receive updates on Windows 7 for 18 more months, so I expect the rest of the Chromium browsers (apps based on the same engine) to follow the same schedule.