Modern Windows 10 File Explorer Coming in the Fall of 2021 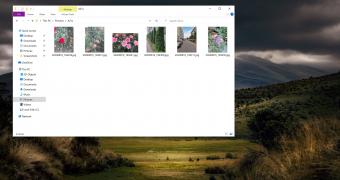 We’ve known for a while that Microsoft is working on a modern version of File Explorer for Windows 10 users, but as we can all see already, this is still nowhere to be seen.

In fact, File Explorer as a whole has been improved at a much slower pace than users expected, and even the most requested features are still missing. For example, tab support is nowhere to be seen, despite users insisting on such an update for many years already.

In the meantime, Microsoft tried to add tabs to File Explorer with a feature called Sets, which actually brought tabs all over the operating system. The whole thing was powered by Microsoft Edge legacy, and given Microsoft’s browser plans for Windows 10 have since changed, the company abandoned Sets too.

Now tabs continue to be an uncertain feature for File Explorer, but there’s a good chance they would be part of the modern experience that Microsoft has been working on for quite a while.

Windows 10 21H2 coming in one year</… (read more)
Remember to like our facebook and our twitter @WindowsMode for a chance to win a free Surface Pro tablet every month!