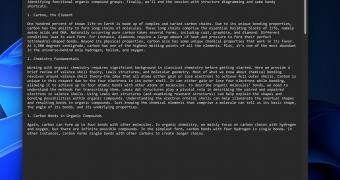 Microsoft has just announced that the new Notepad app for Windows 11 is rolling out to users running Beta builds as part of the Windows Insider program.

The company originally announced the new Notepad in late 2021, but the app was originally available exclusively for those who installed builds shipped in the Dev channel.

Now the company is expanding the rollout to the Beta channel as well, Microsoft has announced

Microsoft’s redesigned Notepad includes all kinds of modern improvements, including a refreshed UI that aligns with the design of Windows 11. For example, Notepad now sports rounded corners and Mica, two of the essential refinements that are part of the new operating system.

At the same time, Notepad also features a dark mode, so it can automatically adapt to the visual style that is enabled on your device.

“This has been a top community ask, and we hope you love this gorgeous new theme as much as we do. By default… (read more)
Remember to like our facebook and our twitter @WindowsMode for a chance to win a free Surface Pro tablet every month!