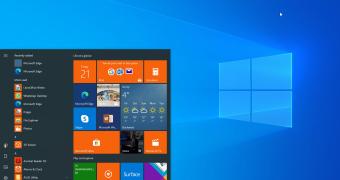 A new Windows 10 build is now available for users enrolled in the Fast ring of the Windows Insider program as the software giant keeps polishing the next feature update for the OS.

Windows 10 build 19569 doesn’t bring any new features, but only bug fixes and further improvements ahead of the RTM expected sometime next month.

This new build is a preview of the 20H1 update, or version 2004, which according to Microsoft’s typical release calendar, should reach RTM in March and then be pushed to production devices in April or May. People familiar with the matter said the work on this update was finalized in December, and Microsoft is now only trying to further polish it before the official launch.

Today’s build introduces a series of fixes (all of which are embedded in the changelog below), including for errors experienced with virtual machines. Microsoft explains:

“We resolved an issue where SCSI drivers weren’t being rec… (read more)
Remember to like our facebook and our twitter @WindowsMode for a chance to win a free Surface Pro tablet every month!