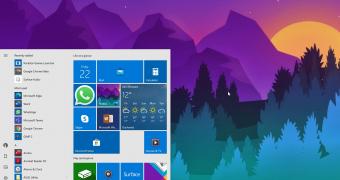 Microsoft has released a new Windows 10 preview ring to members of the Windows Insider program enrolled in the Fast ring.

Windows 10 build 19631 doesn’t bring too many changes, albeit it does include additional refinements for Windows Hello and Windows Sandbox.

For example, beginning with this release, Windows Hello should also work correctly with 940nm wavelength cameras – as you probably know already, the facial recognition system powered by Windows Hello required dedicated hardware, so making sure all supported cameras work correctly is critical for both Microsoft and users.

Additionally, Windows 10 build 19631 comes with a small change for Windows Sandbox, whose WSB files are now case insensitive starting with this new update.

Other than that, this is just a small release, and Microsoft says that it’s also releasing the ARM64 VHDX for anyone who wants to download it.

“Back in February with Build 1955… (read more)
Remember to like our facebook and our twitter @WindowsMode for a chance to win a free Surface Pro tablet every month!