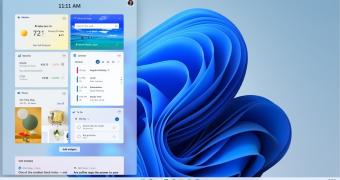 Microsoft has recently released a new Windows 11 beta build to users enrolled in the Windows Insider program, and of course, the focus is entirely on addressing performance issues and other bugs in the operating system.

Windows 11 build 22000.184 therefore doesn’t include any new features, with Microsoft explaining that it addressed a glitch causing a small set of languages to lack translations in the UI on the OS.

Furthermore, it has also resolved an issue where the new learn more info in OOBE about Windows Hello wasn’t offered in non-English versions of Windows 11.

Other than that, Microsoft has included plenty of known issues, and you can check them in full here.

Windows 11 is projected to start rolling out to devices out there on October 5, with Microsoft explaining that the whole thing would take place … (read more)
Remember to like our facebook and our twitter @WindowsMode for a chance to win a free Surface Pro tablet every month!