Recent Windows 11 Cumulative Update Could Break Down the Start Menu 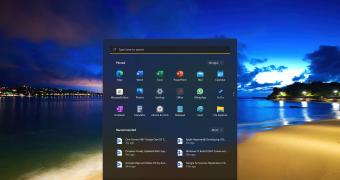 Microsoft has recently confirmed that the latest cumulative update for Windows 11 devices could break down the Start menu, though the company also adds that only a small number of computers seem to be affected.

The issue is caused by update KB5014668, and Microsoft explains that once the bug is triggered, no way to launch the Start menu works anymore.

“After installing KB5014668 or later updates, we have received reports that a small number of devices might be unable to open the Start menu. On affected devices, clicking or selecting the Start button, or using the Windows key on your keyboard might have no effect,” the company says.

As a result, the Redmond-based software giant has introduced a Known Issue Rollback fix, so the Start menu should now be working correctly on all impacted devices.