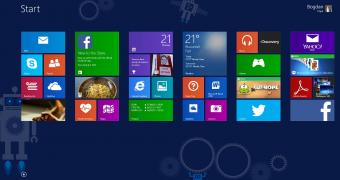 While Windows 10 is Microsoft’s preferred choice in terms of operating systems for the desktop, it’s no secret that there still are millions of users running Windows 7 and Windows 8.1.

And while sticking with Windows 7 will soon no longer be a good idea, since it reaches the end of support in January 2020, not the same thing can be said about Windows 8.1, which would get updates until January 2023.

Windows 8.1 reached the end of mainstream support on January 9 this year, but it will continue to receive security updates as part of extended support for at least 5 more years.

Does this mean that Windows 8.1 users should already jump ship and move to Windows 10 or a different non-Microsoft operating system?

Judging from the developer exodus happening lately, the answer is yes. In reality, I’d say there’s nothing to worry about in the short term… (read more)