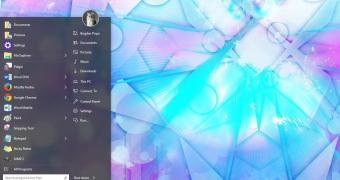 The latest version of StartIsBack adds support for Windows 10 version 2004, which is the next feature update coming to Windows 10 users in the spring.

Despite being available with a paid license, StartIsBack remains one of the best third-party Start menu apps for Windows 10, and this new release prepares it for the upcoming debut of Windows 10 version 2004.

The update to version 2.9 also introduces support for colorful application icons to be shown in the taskbar and the Start menu and adds a dedicated hotkey to terminate the foreground application when it’s no longer responding.

Third-party Start menu apps continue to be rather popular in Windows 10 despite Microsoft itself further refining this feature in the latest feature updates for the operating system.

But at the same time, it’s also no secret that those who upgrade from Wind… (read more)
Remember to like our facebook and our twitter @WindowsMode for a chance to win a free Surface Pro tablet every month!