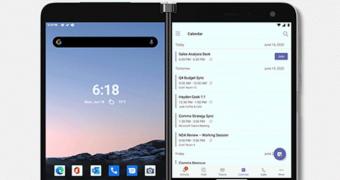 Microsoft has just started selling the Surface Duo in more markets, and the company now has one more reason to make sure everything on this device is working exactly as expected.

As a result, the software giant has just released a new software update for its dual-screen device, this time as part of the February 2021 security patch.

First and foremost, customers in North America are being provided with software version 2021.115.52, and this one comes with three different improvements targeting Surface Duo UI stability, the single-tap touch experience, and the security problems that Google itself has already highlighted in its February patch.

Those in Europe are getting 2021.115.54, so theoretically, it’s a newer release, though the same improvements are part of this update too.

Microsoft has launched the Surface Duo in France, Germany, the UK, and Canada as part of the international release of the device.