The Countdown Begins: Windows 7 to Be Retired in Exactly 365 Days 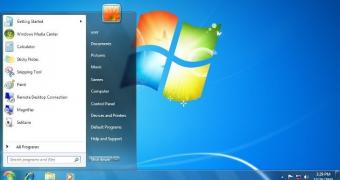 The clock is ticking for Windows 7: Microsoft will stop offering support for its 2009 operating system in exactly one year, so customers still running it have just 365 days to upgrade.

The first Patch Tuesday of 2020, which takes place on January 14 next year, is the moment when Microsoft will ship the last security updates for Windows 7, really marking the end of an era.

Windows 7 was the most successful operating system it ever launched, and it continues to be a widely-used platform even though we’re approaching its end of support.

At this point, Windows 7 still has close to 36 percent market share, which means, as I said recently, that there’s a good chance it would become the second Windows XP. In other words, in one year when Microsoft retires the operating system, I expect Windows 7 to remain a popular choice on desktop computers… (read more)