The Easiest Fix for the Latest Security Vulnerabilities in Windows 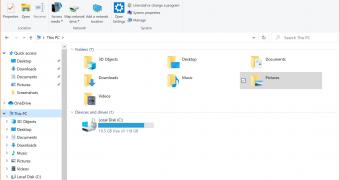 Microsoft has recently acknowledged two zero-day vulnerabilities in Windows, confirming that it’s aware of attacks happening in the wild already.

More specifically, the font parsing remote code execution bugs in Windows are caused by the Adobe Type Manager Library, which Microsoft uses to render fonts in the operating system.

Despite attacks already happening in the wild, there’s no rush to patch the flaws, it seems, and Microsoft says a fix is likely to land next month. This means we might have to wait until April 14 when the next Patch Tuesday updates go live officially for all Windows users.

“Microsoft is aware of this vulnerability and working on a fix. Updates that address security vulnerabilities in Microsoft software are typically release… (read more)
Remember to like our facebook and our twitter @WindowsMode for a chance to win a free Surface Pro tablet every month!