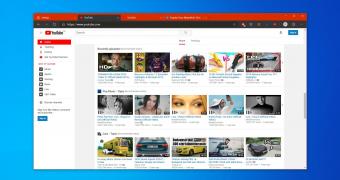 Microsoft is moving from EdgeHTML to Chromium for its very own Microsoft Edge browser, and this transition would bring the app not only to Windows 10, but also to previous Windows versions and macOS.

While you’d think that embracing Google Chrome’s engine would convince Google it’s time to show some love for Microsoft’s services, this isn’t really happening, and living proof is a recent block that the company has put in place on YouTube.

Google has recently released another overhaul of the YouTube user interface, and you can try it out by heading over to youtube.com right now. Just don’t use the new Chromium-based Microsoft Edge because it’s not going to work.

What you’ll see, on the other hand, is an error message telling you Edge is not supported, despite being based on the same engine as Google Chrome.

While at some level it makes sense for Microsoft Edge not to be allowed to load all websites because it’s still in preview stage, this is a limitation that’s ex… (read more)