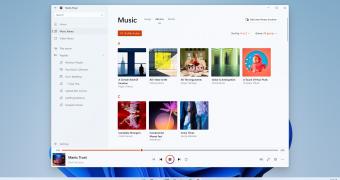 Microsoft has already announced a modern version of the famous media player, and now it looks like the company is ready for the next big step: make it the default app on Windows 11.

As spotted by onMSFT, Microsoft is now making the Media Player app the default music app on Windows 11 for select insiders. This means it’s replacing Groove Music, something that Microsoft itself has already announced and which totally makes sense in the long term.

Worth knowing is that the whole thing is happening in stages, so not only that an official announcement is not yet available but the change is also live only for a very limited number of insiders.

Most likely, Microsoft will make it official as part of the next Windows Insider preview build, and the new Media Player app could make its way to all production devices with the debut of the first major Wind… (read more)
Remember to like our facebook and our twitter @WindowsMode for a chance to win a free Surface Pro tablet every month!