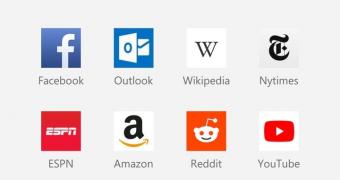 Microsoft Is betting super-big on Microsoft Edge browser, and while at first glance the company is fully-focused on the Windows 10 version, it’s actually hoping the app would be a hit on all platforms where it’s available.

The move to the Chromium engine has clearly been a wise move for Microsoft, as it allowed the company to make Edge a cross-platform offering. In other words, Edge is now available not only on Windows 10, but also on Windows 7, Windows 8, Windows 8.1, and even macOS.

What’s more, Microsoft is also working on a Linux version of Microsoft Edge, which is truly something big for the world’s number one software company, so yes, the transition to Chrome has been a decision that really helps Microsoft in the long term.

But in addition to the desktop platforms, Edge is also offered to users on Android and iPhone. And while at first glance they don’t receive as much love as Edge on the desktop, they’re actually part of a much more ambitious plan.