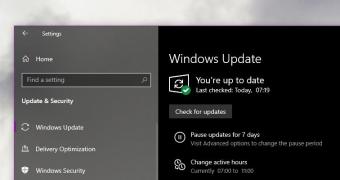 According to the official KB page, this update comprises just three major changes, namely the typical security updates rolling out on Patch Tuesday, further mitigations against speculative execution side-channel vulnerabilities, and a fix for a bug causing high CPU usage from the SearchUI.exe process.

At first glance, this isn’t such a heavy cumulative update, albeit as it is the case of every other such release, more improvements are most often made under the hood as well and Microsoft just decides it’s not worth sharing them with the rest of users.

Microsoft originally said it wasn’t aware of any issues in the update, which was somehow surprising, especially given that so many people previously complained of various errors experienced when or after install… (read more)