The Windows 11 Store Is Getting a Massive Update, And It Now Looks Great 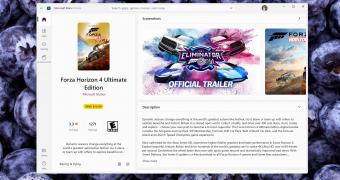 Microsoft has released a major update for the Microsoft Store on Windows 11, and this time, it’s a massive makeover that finally makes it really easy to use.

Rudy Huyn, principal architect of the Microsoft Store, explains on Twitter that the focus in this update has been specifically on the install UX, ratings, and reviews, and to be honest, the whole thing has been substantially improved and everything is much easier to use now.

As you can see in the screenshots here, the Microsoft Store as a whole looks and feels a lot more modern now on Windows 11, and this makes total sense, especially as the operating system itself is bringing a major overhaul of both the UI and the UX.

Android apps in the Microsoft Store

One of the promises made by Microsoft back in the days when the Microsoft Store was still a new thing was that this new application would become the one place for everyth… (read more)
Remember to like our facebook and our twitter @WindowsMode for a chance to win a free Surface Pro tablet every month!