The Your Phone App Turns Windows 10 Into Android's Best Friend 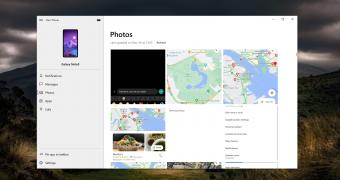 There’s absolutely no doubt Windows 10 has evolved a lot in the last five years, and the living proof is the arsenal of modern features that are available today on the desktop.

For example, users can even run Android apps on their Windows 10 computers, as long as they also own a compatible smartphone, something that nobody would have ever imagined many years ago.

Microsoft, however, is fully committed to merging the Android and Windows 10 ecosystems, and it’s also because the company is an Android device manufacturer now. With the Surface Duo already on the market, Microsoft wants the relationship between Android and Windows 10 to be as close as possible, so all these improvements certainly make sense.

Android apps on Windows 10 are powered by the Your Phone app, which needs to be installed on the desktop to bring the two devices in sync.

“With Your Phone apps, you can instantly access the Android apps installed on your mobile device right on your PC. Using a Wi-… (read more)
Remember to like our facebook and our twitter @WindowsMode for a chance to win a free Surface Pro tablet every month!