These Context Menus Are Exactly What Windows 11 Needs Right Now 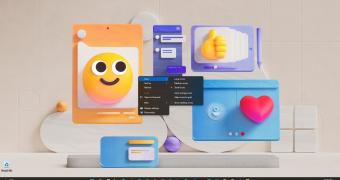 The debut of Windows 11 came with a massive overhaul of the UI, including a new Start menu, an updated taskbar, and refreshed context menus that sometimes do more harm than good for users out there.

The new context menus, which are supposed to align with the rest of the operating system in terms of visuals, came with multiple versions in Windows 11, therefore more or less contributing to the inconsistency that has been plaguing the modern versions of Windows for quite some time.

While Microsoft has polished the experience with context menus lately, they’re far from the modern version that people expected from an operating system released in 2021.

This is why third-party tweaks come in so handy.

A batch of screenshots shared on reddit recently provides us with a closer look at the context menus powered by StartAllBack, a piece of sof… (read more)
Remember to like our facebook and our twitter @WindowsMode for a chance to win a free Surface Pro tablet every month!