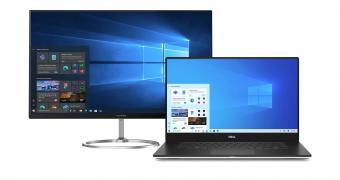 The Start menu remains one of the key features of Windows 10, and Microsoft knows this very well, so the company is believed to be working on a series of improvements in the coming feature updates.

In fact, the software giant itself teased further Start menu refinements in an Instagram video a few days ago, so it was obviously just a matter of time until someone took these ideas and used them for a high-resolution concept.

The project we see here was created by Ben Ward and shared on Twitter, imagining a Start menu just the way Microsoft itself suggested it could end up looking.

While user concepts are typically ideas that rarely make their way to production, this is different now. Because the concept itself is based on a teaser … (read more)
Remember to like our facebook and our twitter @WindowsMode for a chance to win a free Surface Pro tablet every month!