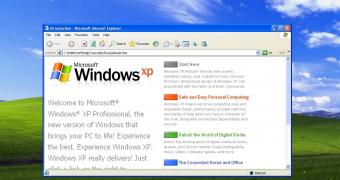 Windows XP was undoubtedly one of the most successful operating systems in history, and this is the reason some people out there are still running it these days.

Windows XP was launched in 2001 and retired in 2014, so it’s definitely surprising that so many users stick with it these days, more than 5 years after it officially got the ax. According to NetMarketShare data, Windows XP is still running on 1.37% (October 2019 numbers) of devices worldwide, and this is more than the entire userbase of Linux combined.

Windows XP was a super-advanced product for its time, so it’s no wonder that it quickly became the number one desktop operating system after launch. The feature lineup itself was impressive, to say the least, and it tackled the need of both consumers and business users.

As a matter of fact, Windows XP was available in several versions, but even the Home Edition included substantial improvements that positioned it as the preferred choice for so many users.