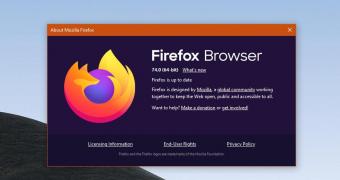 Mozilla Firefox 74 is now available for download on all supported platforms, and since it’s a major update for the stable channel, it obviously comes with a bunch of substantial improvements as well.

One of the most notable is the removed support for TLS 1.0 and TLS 1.1, which means that sites that don’t use TLS 1.2 would now show an error page when you try to load them.

Additionally, beginning with Firefox 74, Mozilla also enables a new release schedule that is supposed to bring us stable updates every four weeks. In other words, major Firefox releases would land much more often now, as Mozilla is giving up on its original six-week update cycle.

But in addition to these more important refinements, there are also smaller improvements here and there that are supposed to polish the experience with Firefox overall and make certain features more straightforward.

First and foremost, Mozilla has changed one keyboard shortcut on Windows. Beginning with … (read more)
Remember to like our facebook and our twitter @WindowsMode for a chance to win a free Surface Pro tablet every month!